In the world of web, network security is considered as one of the trickiest matters. But if you’re clever enough to use a virtual private network (VPN) like IPVanish, this can go a long way in ensuring your safety.

You get a good value of your dollars with IPVanish as it offers you 10 simultaneous connections and a worthy lot of servers. They also promise you some of the most unique features like auto IP address cycling. 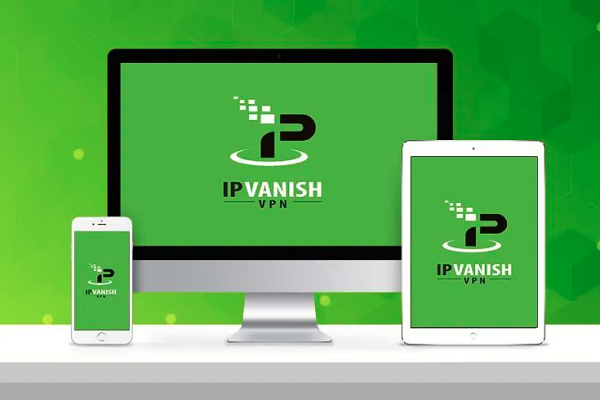 There are no two ways when we say that IPVanish is one of the most efficient products that we’ve ever reviewed. However, before you invest your dollars, here are few things that you should know on IPVanish.

VPN – What actually is it?

When you connect your device, whether a laptop or a smartphone, to the internet through a virtual private network, the web traffic is routed via the VPN server.

The channel through which it passes is not just secured but also encrypted. If there’s an unscrupulous fellow who is trying to spy on your local network at a local cafe, he will be restricted from seeing any of your online activities.

Through a VPN, you can also hide your actual IP address and make it tough for someone across the web to track you. Your ISP will also find it impossible to gather and sell your data while using VPN as it won’t be able to move through the encrypted tunnel.

Thankfully, the users are fortunate enough to know that this IPVanish VPN has simple pricing with 3 options that have similar features.

You can pay the subscription charges with any of the popular credit card companies or through PayPal. However, if you want to use Bitcoin or any unknown method of payment or prepaid gift cards, you won’t be able to do that with IPVanish.

IPVanish lets you connect simultaneously to 10 different devices which is double the number provided by most other VPN offering companies.

In case you’re someone who heavily downloads files, you will go all praises with the flexibility and freedom of IPVanish. There are no kinds of restrictions for BitTorrent at all.

Once you use IPVanish, you’ll see that it offers noteworthy upload and download speeds. When it was connected from EU to EU, the speed just throttled by 18%. The download speed of IPVanish is lower than Safer VPN, Nord VPN and even few others.

IPVanish has a decently working app that is pretty user-friendly and straightforward. When this software was launched, it was apparent that this VPN offers an interface that is easy-to-use and intuitive.

Now they even have a killer switch for the Mac and Windows users. This app lets you find everything pretty easily and offers you wide array of settings to play with.

If you go through the fine print of the privacy policy of most other VPN services, you’ll be rather shocked to know that the anonymous browsing experience isn’t anonymous.

In case you choose a wrong provider, your personal details could be at stake. As per their claims, they have a rather strict policy against both activity and connection logs. They never store metadata about the VPN session.

IPVanish depends on the same protocol (AES-256), which is used by most of the leading government organizations and security agencies.

As there is a constant rise in the number of cyber attacks, encryption is probably the most vital thing in mind. When you surf the web through an encrypted VPN like IPVanish, you can be rest assured that all your personal data will be highly protected.

IPVanish provides their customers easy access to a proxy server that’s called SOCKS or Socket Security. Through this protocol, you can reap similar benefits that you could through a basic VPN without downloading any software to your device.

You are able to hide your IP address, enjoy a speedy performance and also hide other personal details. Moreover, there won’t be any third-party intrusive tool.

With this VPN server, you are not just allowed to download torrents but it is heavily encouraged. IPVanish, unlike other VPN providers, has no such qualms regarding customers who use their service to torrent privately and freely.

There are some anti-piracy advocates who don’t like this carefree and lenient attitude that IPVanish has towards torrenting.

One of the most sought-after features of IPVanish is that it can connect 10 devices at the same time. Majority of the VPN companies, including the best ones like Express VPN, restrain you to just 3 devices.

Though this might not disturb you but if you have a big family, you have to get a second license which is very frustrating. Amidst that, IPVanish lets you connect to 10 different devices.

IPVanish doesn’t clearly mention whether they work with Netflix. Majority of the VPN companies have started eliminating any kind of official statements over the last few years.

However, customers have connected to various country servers, opened Netflix and tried to stream. But the results didn’t turn out well. The servers of Canada, Netherlands and United Kingdom didn’t work. However, the only server that connected was that of Chicago.

No Malware or IP leaks

They have tested with several DNS and IPLeak tests and each time they’ve turned out successful. Hence, you can be sure about your data safety.

Now that you’re aware of the pros of IPVanish, if you’re about to download a VPN server, you may use this one to reap the multiple advantages.