Considering the increasingly large number of cases of online breach of privacy, one of the most powerful tools for securing your online life is a VPN connection. 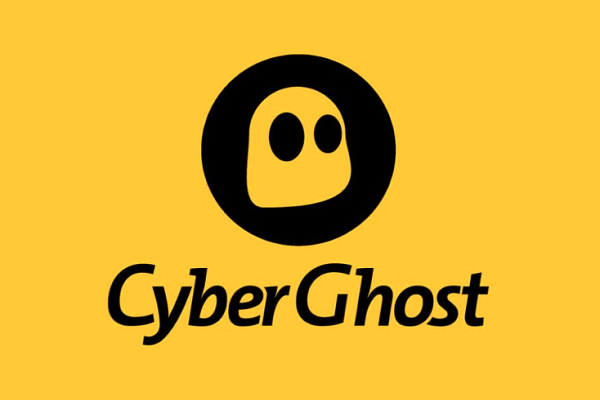 CyberGhost is one of the most effective VPNs in the market as it stresses on video streaming. However, at the same time it focuses on few of the little-known privacy features and an array of server network and server locations. You will have to pay for the premium features that you use.

VPN – What is it actually?

When you use a virtual private network, the web traffic that you receive is routed through an encrypted channel to a server that is run by the VPN company. With this, you can prevent any nosey person to lurk around on your same network to keep a watch on your activity. This also stops the ISP from selling off your information and data.

Due to the fact that your traffic arrives straight from the VPN server, anyone who is watching you will only see the IP address of this VPN server and not the actual IP address.

Hence, it is tougher to track you through the web. You can also use VPN to hide your location by syncing into a VPN server that has a location that is far off from where you actually are.

Although a VPN is one of the most powerful tools yet it doesn’t have the capability of safeguarding you from all sorts of threats. Experts always advise you to use password manager along with an antivirus. You should also have 2-factor authentication wherever it is needed.

Pricing and Features of CyberGhost

CyberGhost has a one-month plan that costs you around $12.99, which is a tad bit higher than the average in the industry of $10.10/month. At a similar price, you can also grab a HotSpot Shield VPN subscription that includes other security and privacy features at no added cost.

Like majority other VPN services, CyberGhost also provides you with the same host of features that are priced at varied categories. For a longer interval, you have to pay more advanced charges but save overall.

You might initially feel tempted to grab those savings but users would always recommend you to start off with the monthly option. First check the quality of services and then upgrade your plan.

There’s more to a VPN than look and feel

There is no doubt when we say there’s more to a VPN connection that just its feel and look. In order to check whether CyberGhost is really worth it, it was put under several trying tests. External tests were done to check its speed, whether or not there were DNS leaks and to test its customer service.

More than 300 VPN services have been tested by a group of field operatives and CyberGhost has passed this test with flying colors.

In this VPN connection, you will get a list of additional features like ad-blocker that is in-built, optimized servers and many others. The simplicity and ease of its app is one of the best things about this VPN provider.

CyberGhost – Does it work with Netflix?

The straight answer to this is ‘Yes’! You can easily stream Netflix with CyberGhost. It has been tested with the US and UK libraries but there were no such encounter with the feature called geoblocks.

In fact, you’ll rather be happy to see that there will be no noteworthy fluctuation in speed when you stream Netflix US, keeping in mind the data that traveled all over the world.

Later on, other Netflix libraries like Australia, Canada and Netherlands were tried and there were no glitches either.

While being tested in other Netflix libraries like Japan and Spain, they too ran perfectly. There was no significant or mention-able speed loss while getting connected with the world servers.

However, connecting to the server in Australia lead to a tad bit of buffering but that did no harm to the stream. So, if you’re a Netflix buff, CyberGhost is definitely the way to go.

CyberGhost – Is it suitable for torrenting?

Of course, CyberGhost is one of the best choices for torrenting. You’ll be elated to know that CyberGhost has special torrenting servers that are designed especially for sharing P2P at high speed, while keeping up with the security and anonymity.

Once you click on the tab called ‘For Torrenting’, you’ll find P2P optimized servers. There are more than 80 locations from which you can choose the nearest one according to you.

You will also be able to check different users on all the servers, the percentage of load and how far the server is from your location.

These are all useful data as it lets you connect with the server with the fastest speed. You are also allowed to add P2P servers to your list of favorites.

As long as speed is concerned, CyberGhost is pretty reliable and dependable. Now that it has the feature called ‘Best Server Location’, you don’t have to worry about speed.

All you have to do is click on the power button and it locates the best server depending on speed, latency and distance from your geolocation.

Majority of the speed tests done on VPNs are useless as most often they show you random speeds without actual context. It is meaningless id a server tends to be speedy without good performance. So, when it was tested for performance and speed, it emerged a winner again! The results, in fact, surprised the surveyors.

So, it can be concluded by saying that CyberGhost has lot to like in it. They offer you a robust set of security features backed by strong privacy.

The biggest catch here is that it offers you all this at a cost that is above the average. Hence, if you think that CyberGhost is tailored to meet your needs, you can definitely use its excellent service.