HotSpot Shield is one of the most famous VPN service providers that boasts of more than 650 million users spread through multiple servers in more than 55 nations. 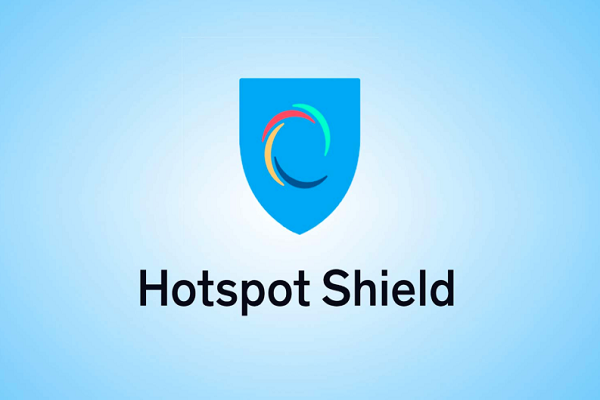 In the US App store, this website claims to hold the first position as the most engrossing app. If you’re left wondering about its most talked-about feature that is the reason behind its popularity, then it is definitely the Catapult Hydra protocol that enhances speed without compromising security.

HotSpot Shield at a glance

Is HotSpot Shield as speedy as claimed by the vendor?

VPN was put under the toughest tests to evaluate the performance of its services. It was found out that Hotspot Shield actually delivered unblocking of most famous streaming platforms and high speed. Few of its major strengths were P2P support, user-friendly apps and responsive 24X7 live chat support.

Besides the privacy policy, there are few other reservations that the company has about the security of the browser extension of HotSpot Shield.

While this VPN serving company was tested, the users were capable of unblocking streaming platforms like BBC iPlayer, Netflix, Hulu and Amazon Prime Video all over the world.

Though there could be an issue with getting blocked on the initial server that was used but soon after switching to another server, this issue was solved. Streaming content becomes seamless with HotSpot Shield.

The users also reported that as soon as they turn on HotSpot Shield, they’re lured by its attractive and simple design.

It has combined some of the best design ideas that has been seen for other VPNs. You won’t have to see any interactive maps, no mobile-style interfaces with single panel or any complex settings.

When you open HotSpot Shield, it has a big power button at the center of the window and you’ll find nothing apart from that. Click the power button and it will automatically connect to the United States by default or the latest choice of connection.

The interface later on alters to a timer to show the time through which you have been connected. This timer makes up the upper half of the window and this is a lot of extra space; however it works.

If you open HotSpot Shield on the appropriate server, it is fast enough. When HotSpot was tested on a European server in Estonia, it ran faster than any other competitor VPN services.

When it was connected to other servers by the help of a third-party website, different sorts of results were achieved. HotSpot Shield performed regularly at around 10 Mbps as against any of the competitors on other Asian and European servers.

HotSpot is undoubtedly the VPN that has been designed most beautifully. Once you complete a 2-minute installation process, you will be directed to an interface.

This looks straight out of a James Bond movie as you can adjust all your settings with few clicks. Although there’s not much in personalized or advanced settings, yet whatever they have is intuitive and simple.

One of the best things about HotSpot Shield is that they totally support torrenting anonymously. Their VPN network utilizes a secure AES-256 Encryption to make sure that all data that is transmitted through your device is 100% secure.

As long as HotSpot Shield holds up with their logging in policy, you don’t have to worry about nosey visitors, ISPs and government.

If you have to stream Netflix in HotSpot Shield, you may find it a bit too complex as compared to Express VPN. Nevertheless, if you go by the directions on the site, you can find a different server that works.

The streaming service of Canada worked perfectly for Netflix. HotSpot Shield servers that are blocked by Netflix are United Kingdom, United States and Netherlands.

It can’t be denied that HotSpot Shield has always been considered a rather too suspicious firm. They were a US-based VPN company whose parent company joined hands with marketing and advertising companies.

Recently after the FTC investigation and CDT proceedings, this company is being touted to be ‘ethically ambiguous’.

Anchor Free is directly linked with several third-party marketing companies that make this VPN service free. Though this is a rather pretty practice for VPN service, things soon get questionable when you dig into the privacy policy.

It has been said according to a CSIRO study, HotSpot Shield utilizes tracking codes to assemble information on the user. HotSpot Shield is also accused of redirecting user traffic via affiliate networks.

It is pretty clear that all the resources of HotSpot Shield have been channelled into just 3 things.

You must notice that great customer care service is not there on this list. You have to use a support ticket to contact their support team.

To make matters worse, they can even leak your DNS through their chrome extension. After several researches, HotSpot Shield was one such VPN provider that leaks your DNS. Though this is not anything major and it can be fixed pretty soon, but as of now, they’re certainly leaking.

As per their services, HotSpot Shield is no less than superb! They provide lightning speed, seamless user experience and abundant features to keep the VPN users satiated.

However, there are various other better VPNs at cheaper prices like Express VPN and Nord VPN. If you’re a VPN enthusiast, you can certainly try using this VPN to reap all its benefits.