If you’ve been operating a Windows operating system, there are increased risks of malware attacks and online threats. In order to ward off such malicious threats, Windows VPN is considered as one of the most useful features for any Windows OS user.

For maintaining privacy of data, this is a must. A VPN connection offers a secured connection to the network and internet of the company. 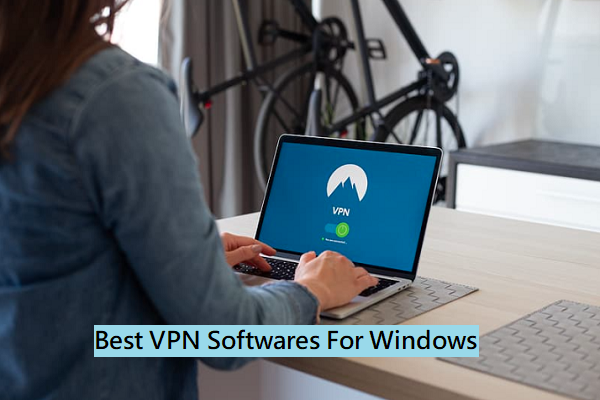 VPN should not have daily issues, it should be of high performance, should be flexible and user-friendly, all at once. Here are the best VPN software for Windows OS.

Express VPN happens to be the top pick in this list and this is specifically tailored for Windows 10. This is a British Virgin Islands-based service provider and offers coverage with more than 160 VPN locations throughout 94 countries.

This software boasts a bunch of great features along with an impressive UI. You can also control this from browser extensions.

This VPN software is best for torrenting and other P2P traffic that comes on your computer. IPVanish boasts of having more than 1300 servers spread over 75 locations and it has more than 40,000 IP addresses.

Maximum number of devices that can be supported is 10. It has got few of the best clients due to its functionality and host of features and great performance.

This is yet another PC VPN which is not just user-friendly but also super fast. It has more than 3200 servers spread over more than 80 locations. The maximum number of devices supported by Hotspot Shield is 5.

CyberGhost provides best configurability for Windows 10. It has more than 5800 servers spread over more than 110 locations and the maximum device supported is 7.

It has got a huge server network along with powerful clients. This software is affordable and their support is much better than others.

With this software, security is the utmost service offered. It helps more than 5600 servers that are spread over more than 60 locations.

The maximum number of devices that are supported are 6. Nord VPN boasts of great performance, double data encryption and never has faced any interface issues with the client.

While major part of the tea of VyprVPN is located in the US, its parent company is located in Switzerland. This slick software is offered at a slightly higher price than many of its competitors.

However, one of the pitfalls of VyprVPN is its policy of logging in. Your actual IP address and VyprVPN address are stored for at least a month.

Surfshark is a rather young VPN provider that is best known for unblocking content that is region-locked like Hulu, Netflix, Amazon Prime Video and BBC iPlayer.

They deploy some of the strongest encryption and never keep backlogs. You can do torrenting and also prevent leaking of data through kill switches on both desktop and mobile apps.

Their tagline is ‘Privacy is a universal right’. This VPN software offers secured and safe network connection to its users.

Users can avert all suspicious and malware threats online while they work online. TunnelBear supports torrenting, kills switch and is audited for security reasons to avert leaks.

Mullvad VPN thinks that privacy is a gift that can be used by all and can add value to the people and society. Mullavad VPN assures 100% security to the information of the user’s data.

Windscribe is famous for its best privacy policy and this software was designed by a company in Canada. This software boasts of a wide range of networks throughout the globe and so the connectivity that the users get is great.

It is highly effective in blocking all sorts of malware attacks from pirated sites.

This is one more trusted VPN network in the industry and it provides multi-layered security along with VPN tunnelling. It offers features like advanced privacy protection.

This network’s services operate at the interface level and it has features like encryption and IP cloaking for security reasons. It has most of the requirements demanded by the users.

VPNArea is a company based in Switzerland and it is a rather novice firm with restrained features. There’s no logging policy in this software and provides the best security features.

It has got features like incognito surfing and has a change function for better security. Overall, VPNArea meets all the expectations of the customers and hence is a favorite among them.

This VPN is usually revered for its powerful mechanism. Buffered VPN is dependable and a secured and fast connection provider and also has a simple installation process.

This VPN network is compatible with each and every device that you run on Linux, Windows, iOS, Mac and Android. It also offers high speed internet connection and so customers enjoy flawless connection.

A better internet awaits you with Speedify VPN. This VPN network is extremely effective in encrypting users with internet traffic for safeguarding online services.

Speedify believes that 2 connections seem to be better than one. This is perfect in bonding cellular with Wi-Fi in order to create a secure and reliable internet network.

Proton VPN is a great virtual private network that sends internet traffic to users via an encrypted VPN tunnel. This VPN is totally safe and secured. This software also follows no-logging policy and doesn’t ever save the login details of the users which ensure improved safety.

It supports multiple platforms for better user experience. Being extremely flexible in nature, this comes at a low-cost giving emphasis on security. It has a P2P friendly environment too.