PrivateVPN is a rapidly growing VPN providing company that claims to be one of the bests in protecting your online security, privacy, just as its name suggests. No, this VPN provider might not offer you a long list of features but it sells itself as a high performing yet simple service. 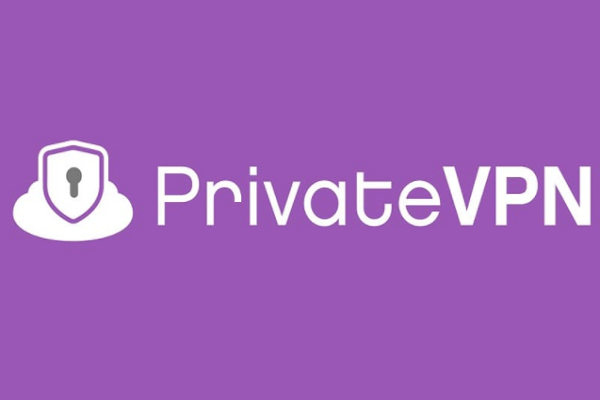 The researchers have put PrivateVPN through a series of tests to check how it performs in each category and they’ve fared well in all of them.

For streaming Netflix, it is a worthy choice due to its reliable speed and designated servers. Let’s go through a detailed review of this VPN provider.

Information on the Company

PrivateVPN was founded in the year 2009 in Sweden’s Stockholm and hence it has gained a whopping experience of 11 years. The full name of the company is Privat Kommunikation  Sverige AB and originally this company was named as privatevpn.se. Though this VPN is basic in few areas but it also has quite a few unusual and interesting features.

Their network is considerably small, within 60 countries spread over a stretch of 150 servers, much less than other providers like Nord VPN or ExpressVPN.

This company scores high for the host of technical features including OpenVPN, L2TP and IVEv2 support. You can connect up to 6 devices at the same time with PrivateVPN.

A checklist of the Pros and Cons of PrivateVPN

A VPN connection can never be called private until it boasts of having a top-notch and strong logging policy. As per the claims of PrivateVPN, they never collect any log-in information of the users.

Though that sounds great but the users always want to hear that the privacy policy explicitly reads that the VPN doesn’t log DNS requests, IP addresses or connection timestamps. Nevertheless, thankfully, there was a support agent that confirmed that PrivateVPN doesn’t actually collect any of the aforementioned data.

After knowing all these, we trust Private VPN and we believe that it can keep you safe and hence you should do that too. Let’s take a look at other details of this VPN provider before jumping on to user it.

Streaming and Torrenting services of PrivateVPN

As long as streaming is concerned, PrivateVPN is undoubtedly one of the best VPN providers. It makes streaming extremely easy by organizing different location list within the servers that are optimized for video content streaming on BBC iPlayer and Netflix.

With PrivateVPN, you can gain access to 32 different Netflix libraries, few of the most popular being those of US, UK, Japan, Canada and South Korea.

As per our tests, it was also revealed that PrivateVPN works seamlessly with several other streaming services including Hulu, Disney+, Amazon Prime Video and HBO Max. Thanks to the high speed of PrivateVPN, this means that you can watch HD content without any kind of interruption from slowdown or buffering.

Is it good for Torrenting?

The answer is ‘Yes’! PrivateVPN is indeed a great choice for torrenting. P2P is permitted on various servers and you also get servers that are especially P2P optimized in 18 different countries. Once you enter the app of PrivateVPN, you’ll find these servers under ‘Dedicated IP/Torrent’ under the category called ‘By Service’.

It can be safely said that Private VPN is one of the best choices for torrenting due to the no-log policy, fast downloads and uploads and wide array of security features. It is great for Kodi, as well.

Yes, you’ll be rather relieved to know that PrivateVPN also offers consistently fast speed across the whole server network of VPN. You get fast upload and download speed that are ideal for secure torrenting and streaming without any kind of buffering.

However when it was connected to a same-country server like from UK to UK, it slowed down the internet connection by just 7%. Hence, if you think that speed is one of the deciding factors for you, PrivateVPN is definitely one of the bests.

Compatibility and Features of PrivateVPN

PrivateVPN boasts about its protocols, speeds and security before anything else on the ‘features’ page. They also have apps that are designed for various devices and that are made with specific OS in mind.

PrivateVPN provide you with unlimited bandwidth, server switches, speed and more across different plans. They also have a definite referral program and free setup guides for all sorts of devices to help users with the installation process.

The list of devices and operating systems that are supported by PrivateVPN service are.

PrivateVPN will let you work on 6 different devices at the same time and this is a nice perk as against the other competitor VPN providers that offer you 2-3 devices.

You are allowed to connect PrivateVPN to the below mentioned type of routers.

This VPN offers more than 150 servers in more than 60 countries and they have servers spread over all of the major cities in the world. They have the most reliable servers in the industry.

PrivateVPN might be a small VPN platform but it is also extremely user-friendly. It is secure, fast, cheap and reliable at the same time.

If you’re someone who is looking forward to save your hard-earned money while choosing a trustworthy and dependable VPN provider, you can choose this for sure.