Bitdefender’s antivirus offers reliable and accurate features that make it one of the best among the industry. The entry-level antivirus from Bitdefender is called the Bitdefender Antivirus Plus and the ‘Plus’ is a much-deserved addition to the name. 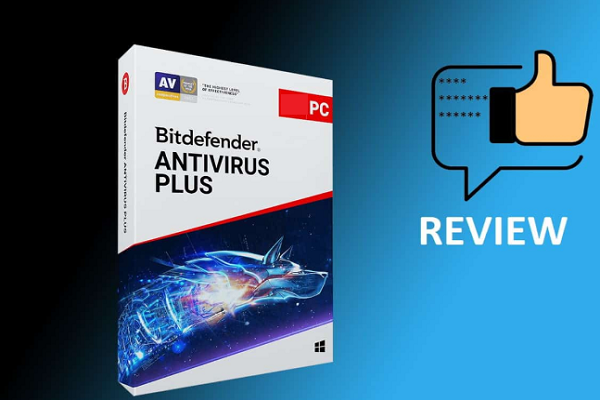 This is a tool that handles the basic tasks of an antivirus effectively and goes beyond that in terms of surplus features. If you try to rank it feature-wise, it could fight against several security suites and win the game.

The antivirus Plus of Bitdefender is always a top notch choice as long as safeguarding the security of your PC is concerned.

PROS and CONS of Bitdefender

Bitdefender is a Romanian firm’s latest power-packed family of the best antivirus and security suites. The consumer range begins with the Antivirus Free Edition which is a simple tool for Windows that focused on the basics of security: phishing blocks, antivirus and blocks against other scam sites.

Bitdefender Antivirus Plus is from the first-tier of the commercial products and this can be guessed through the name of the product. It is replete with all the extra privacy and security features.

You also have a free version of Bitdefender VPN though this has got limits of restricting you to 200MB traffic in a day. This is going to be an ideal option for the light users. However, keep in mind that the unregistered version of the Avira Phantom VPN will restrict you to 500MB in a month!

With this antivirus option, what is new is the Mac and Windows Anti-tracker browser extension that helps in locating threats and blocking a wide array of web trackers. It also helps in retaining your privacy and also improves loading times of pages.

The Windows Bitdefender’s protection software has 5 versions as mentioned above. At the bottom lies the free antivirus that offers the basic detection of malware and elimination of viruses along with fraud and phishing protection.

The entry-level version which is named the Bitdefender Antivirus Plus is replete with features as according to its price. It includes Wi-fi network scanner, unlimited password manager, hardened web browser, file shredder and the new Anti-Tracker feature to ensure web privacy. Antivirus Plus begins at $40/year for a single PC and extends up to $80 per year for 10 systems.

Bitdefender Internet Security is exclusive for Windows but still it adds file encryption, parental controls, anti-spam screening, two-way firewall and also protects your microphone and webcam. This is definitely the sweet spot in the lineup of Bitdefender and begins at $60/year for a single computer extending up to $90 for 10 systems.

Bitdefender Total Security also adds different antivirus software for Android and Mac devices and also has phone-tracking app and website screening app for iPads and iPhones. If there is a stolen or lost notebook, you can track it with the help of this antivirus.

This feature costs you around $90 in a year where you can track 5 devices and extends up to $100 for 10 devices. It is recommended that users may try the Bitdefender Total Security for 90 days, free of cost till the current pandemic is over.

The malware detection of Bitdefender starts off with a scanner that watches out for known cyber threats. This is also supported by a heuristic monitor that looks forward to behavioral signs of any infection.

The dangerous threats that might attack your device usually get uploaded to the servers of Bitdefender for being repaired. Updates on malware-definition are sent many times in a day to the 500 million systems that are run by this Bitdefender software.

If you think that collecting items from your computer seems a bit creepy, you may opt out from this feature. Nevertheless, you can still get all sorts of security updates.

The Safe Files feature of Bitdefender dumps the main items within a folder that can’t be deleted or changed. On the other hand, its Ransomware Remediation saves the copies of files that are encrypted so as to recover them automatically.

Bitdefender also protects you against PUAs or potentially unwanted applications, potential threats to the UEFI or Unified Extensible Firmware Interface of the system and other fileless attacks that are a part of all startup businesses.

Almost all aspects of the paid programs of Bitdefender can be turned off, on or adjusted according to the wish of the user. All these can be done through the Settings section. Each of the programs has a Game- and a Movie- mode so as to make sure there are few interruptions.

For those types of malware that won’t go away easily, you can tap into the rescue environment of Bitdefender. This will restart the system from a hidden desk and will minutely scan the various partitions of Windows. Most of the antivirus solutions, including Bitdefender offer this as a free option that has to be loaded on USB flash drive.

Therefore, if you are all set to install an antivirus software for your computer, make sure you choose Bitdefender for all the above listed features.