VyprVPN is one of the most famous VPN services that were designed by Switzerland-based company called Golden Frog. This VPN company has relentlessly struggled to establish itself as a trustworthy company and a promoter of online privacy. 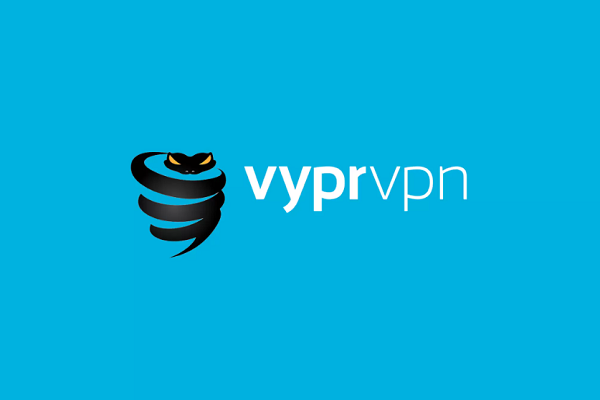 This VPN provider has even been taking different steps to enhance its security, reliability and their performance based on the requests of the customers.

However, you must be wondering whether VyprVPN is worth investing in. This is why we’ve written a review on this VPN firm. Scroll down to go through this detailed review of its performance and features.

Summary of VPN at a glance

VyprVPN is an all rounder as far as VPN services are concerned, particularly during the time when it brought about a welcome change to its logging policy.

This VPN lets you unblock various streaming platforms, making it a worthy option for those who are looking forward to watch content that is geo-restricted content. For users in China, this is a dependable VPN.

If you’re someone who is purchasing VPN to dodge geoblocks on famous streaming platforms like Netflix, VyprVPN is one of the best choices for you. This company has been trying hard to bring in changes to their streaming service in order to improve the access of this VPN to several streaming platforms across the globe.

Users could access US Netflix on different VPN servers without an issue. VyprVPN also offered excessively high speeds on American servers, which is apt for HD streaming. This VPN could also access other streaming sites like Amazon Prime and Hulu.

The UK server of VyprVPN could access ITV, Netflix UK, BBC iPlayer and Eurosport during all the tests that were performed. The Canadian server let users stream DAZN, Netflix Canada, NHL TV and Much TV.

Even with the other server location, the results were mostly positive but there were definitely rooms for improvement. Few places like France were caught by VPN ban. The speeds of the European servers were not impressive.

VyprVPN – What does it do?

The primary motive of VyprVPN, as mentioned on the website is as simple as safeguarding your privacy, securing your online connection and restoring your digital freedom.

In order to achieve all these objectives, they offer the users with easy access to their default Open VPN protocol and IPSec, PPTP and L2TP. They even encrypt your data by leveraging the ultra-secure aES-256 encryption key.

However, lately, it has been seen that the countries like China and North Korea have still been cracking down on the users of VPN by seeking help of DPI. The Deep Packet Inspection scans metadata and watches out for potential signs that prompt whether or not a person is using VPN.

As their response to such draconian crackdowns, VyprVPN designed this proprietary technology that was called Chameleon that can scramble your metadata. This way you can keep using your VPN without getting disturbed by the DPI scans. In case you’re using VPN from a nation like Russia, China or Turkey, you’re literally saved.

If you’re an iOS user, there’s bad news for you as there are VPN restrictions for iOS. This technology is only available for Windows, Android and Mac users.

VyprVPN has had a clear history of fighting for online security and personal privacy rights. This would make you think that they would also have a stringent Zero logs policy. But initially, this was not the case.

VyprVPN kept the below mentioned data for 30 days post your last session:

Later on, when their policy was checked in 2019 March, there were new changes to the approach. All of the above things changed post March.

There were many who ran a couple of scans using DNS leak detection software and IP to make sure all sorts of data were kept private. Post 4 tests, it could be safely said that there were no DNS leaks or IP leaks while using VyprVPN. This is undoubtedly a win-win situation.

Few people even decided to run a scan using Virus Total to make sure Golden Frog was not administering any adware or malware into the device. Once again, the VPN provider passed this test with flying colors. Hence, it can be claimed that VyprVPN is 100% safe.

VyprVPN – Does it allow torrenting?

Though Golden Frog and Vypr VPN have kept quiet about their opinion on P2P file sharing and torrenting, yet they allow P2P and torrenting.

Golden Frog mentioned that they respected the privacy of their users. They don’t monitor content of the web traffic through their servers.

Since their service treats all kinds of traffic equivalently, torrent and peer-to-peer are both allowed. However, they also asked the users to ensure that all these protocols are in accordance with our Terms of Service and local copyright law.

What are the devices that are supported?

VyprVPN is said to be compatible with few of the major devices like Windows, Android and Linux. iOS may feel some restrictions though. It also lets you anonymize your Apple TV, router and Android TV.