Most people, these days, don’t spend their days wondering about which VPN to choose as there are plethora of options to choose from.  While some users may find it easier to select an appropriate VPN provider, there are some others who find it hard to decide which VPN is perfect for you. 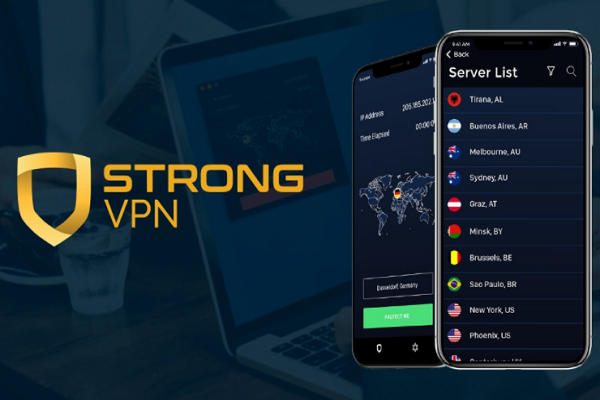 StrongVPN has been around the market for a pretty long time now. As they launched their VPN service in the year 2005, currently they have more than 950 servers that are spread across the globe within 25 countries.

If you are eager to know about this VPN provider, read on the review to get details on the features, pricing and services.

StrongVPN – About the Company

StrongVPN has more than 950 servers spread over 46 cities and 20 different nations over the world. It is vital for you to know the number of servers a VPN provider has and their locations as the closer the server is to your location, the better will be the connection.

They have their headquarters in Winter Park, Florida and this is a great place to stay as you’re visiting the world of Harry Potter.

As the United States is a member of the international surveillance alliance as mentioned above, Strong VPN might be coerced to hand over all your data to the government. On the contrary, this might not be an issue as Strong VPN has a no-log policy. So, they won’t be able to track your web traffic.

Whenever data is stored, there’s a chance that it might be hacked or shared without your permission. Though most VPN providers will say that they have a zero log policy, most of them are not so.

However, you’re lucky enough to note that Strong VPN is honest in saying the data they do store and what data they don’t store. The account set up information is the only information that they collect. This can include your billing address, your name and credit card details.

Most of the VPN providers use a kill switch which is also called a feature for network locking to cut down internet access automatically when the VPN network is lost.

With the help of split tunneling, you can route a part of your device traffic via a VPN tunnel while the other apps maintain direct access to the internet. You can access a VPN and yet be connected to the local network devices.

This is one of the best ways of using less bandwidth. Strong VPN only offers split tunneling through their Android apps. If you’re not an Android user, you may not get this feature.

Currently, StrongVPN will allow you to watch torrent files and Netflix. VPNs and Netflix share a love-hate relationship where they’re always fighting with each other. Netflix wants to keep their content restricted to few regions and VPNs let you rewatch your favorite shows irrespective of your location.

You’ll be rather happy to know that StrongVPN is presently winning the Netflix and streaming game. However, this depends on the server that you’re using. The servers of UK might not work but that of the other countries did.

Encryption involves coding data and text in such a manner that only those users with a special code can easily decode data and gain access. Strong VPN will use the following encryption methods.

Using StrongVPN is very easy as the software solution is extremely user-friendly. The Windows app works in a perfect manner but it is limited. When you have to pay the amount for subscription, you will definitely look for some more services and options.

There are in fact many who have posted their complaints about the support that is available for the iOS app. This clearly means that there is lot of room for improvement for this VPN provider.

The routers that are prepared specially are pretty easy to use. Even though you could easily perform this on your own router, yet this is a way of safeguarding your network.

As per the claims of the company, StrongVPN has few strengths and weaknesses. There are still lots on which they can improve.  Considering the present features that it offers, it is recommended that you can choose a different service other than StrongVPN.