Although this is not really a VPN but still it provides you similar functions of that of a VPN service. Its legacy and name arrives from its unique technology of channel bonding. 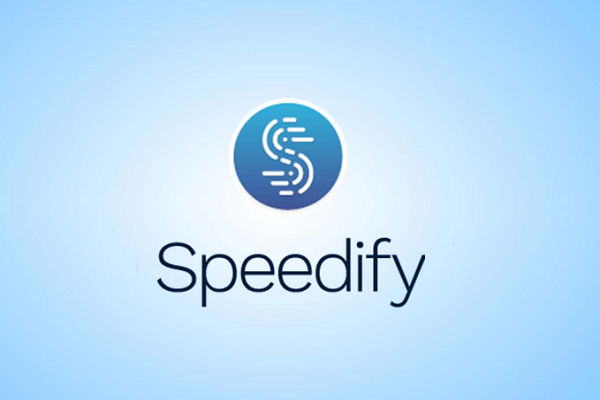 Speedify leverages all the connections that are available to provide reliable connection and faster speed. If you don’t know what channel bonding means, you just have to imagine the difference between driving on a single lane road and racing on a 5-lane highway!

Speedify will offer you the highway route by utilizing a plethora of channels and will help you reach the same destination in half the time. It will split all your online activities through different channels and lanes.

Speedify will also considerably reduce chances of losing connectivity. To know more on Speedify, let’s take a look at a detailed review.

Pros and Cons of Speedify at a glance

A brief summary of Speedify

Speedify is a Virtual Private Network (VPN) that connects to a wide network of servers to hide your browsing activity from internet censors and unwanted attention.

If you turn on this VPN and browse normally, the third-parties will never be able to tell you what you’re doing on the internet. The extra features of this VPN will impress you though they are not that strong and effective.

Channel bonding is the feature that makes Speedify much different from the other VPN providers. It allows you to use multiple internet connections at the same time, thereby creating a 2-lane highway to let your traffic move faster.

You may select any of the 3 modes for channel bonding. Choosing the speed mode will improve your speed. The redundant mode will stress on reliability and the streaming mode will balance both speed and reliability.

Speedify also offers a kill switch that is available for Linux, Windows and mobile users. The kill switch will automatically disconnect you from the internet when your VPN connection drops. This will protect you from unsecured and unprotected browsing.

Speedify also provides you with restrained split tunneling. You won’t be able to decide which traffic goes through your VPN service. However you can let a certain streaming service bypass it in case they can block VPN connections.

In case you are watching out for a service that offers sturdy split tunneling, try out StrongVPN or NordVPN.

The advanced users have the power to alter their transport protocol and then they can choose a favorite DNS rather than that which is provided by Speedify. You even get the option to auto-select the server that is the most torrent-friendly.

Pricing and Plans of Speedify VPN

Speedify is a reasonably priced VPN service with generous free plan for its users. The family and individual plans are worth it, especially if you wish to stream a lot. However, these free plans actually can’t be used on unlimited devices.

The free plan of Speedify VPN offers access to all features that include its server network. Higher plans eliminate the data limits and also increase the total number of devices and the users.

They have a Family and Teams subscription that added few surplus features to handle multiple users. This plan offers 2GB of free data in a month and this puts Speedify in the middle tier of the free VPN. In fact it is said to be much better than TunnelBear.

At the paid levels, Speedify has a low per-month cost for individuals. This makes it one of the best options for all those who are still not sure about committing to a VPN. The yearly deals of Speedify VPN are also offered at the most competitive rate.

You can easily access Speedify on the website, in the Google Play Store and the Apple App Store. You’re allowed to make payments with credit card, PayPal or wire transfer.

AmazonPay is an option in few regions. You may also use Sofort in few European countries and iDEAL in Netherlands. Speedify doesn’t accept cryptocurrencies and Bitcoin. In spite of the fact that you can use a free plan without having to spend a dime, Speedify has a 30-day money-back guarantee policy.

They have their focus on connection speed and hence are less concerned about being user-friendly and pretty.

However, that doesn’t mean that it is not a user-friendly VPN, it has its own way of being user-friendly. The main interface of Speedify has lots of menus and a steep learning curve than few other VPNs.

The main user interface of Speedify

The main UI of Speedify is cluttered as against other VPNs but you won’t find it tough to locate the necessary elements. Right at the top, all your data and WiFi connections will be displayed. On clicking on ‘add connection’, you can open the page where you get to know how to connect.

The connection button is there to let you join the server that is fastest. You will be directed to the settings menu where you will also get the server list. At the bottom of the window, you can click on 4 displays – stats, connection quality, usage breakdown and speed.

Speedify promotes itself as a stalwart in enhancing speed as much as a VPN. It is way more effective as a Virtual Private Network than as a tool for obtaining faster connection.