Mullvad VPN is one of the most budget-friendly VPN providers that operate in more than 30 countries having more than 360 servers.

If you’re looking forward to investing in a VPN solution that doesn’t blow a hole in your wallet, this is a worthy option for you. It also runs bridge servers that assist the users in bypassing all sorts of firewall and censorship. This implies that you can use Mullvad even from countries like China. 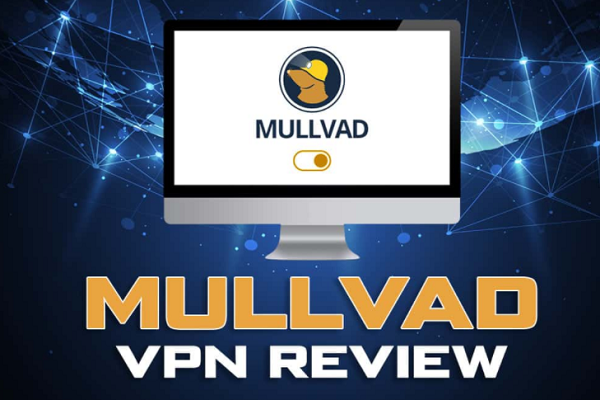 In the chaotic and confusing world of VPNs, there are too many companies that seem to be unworthy of trusting but Mullvad is not one among them. It is a company that is hyper focused on providing you with affordable and secure VPN protection from a rather transparent company.

No, you may not get hefty upsells or large numbers of servers or an interface to die for but you can definitely be 100% secured while you’re online.

A quick look at Mullvad’s Pros and Cons

Mullvad VPN – Does it work in unblocking Netflix?

Before a user chooses a VPN option, he will first try to know whether or not it works in unblocking the strict restriction of Netflix. However, it is unfortunate t know that with the exception of HBO GO, the answer is negative.

It is rather too disappointing to see that Mullvad VPN is not able to let you access these famous streaming platforms. In case you wish to get access to your favorite streaming platforms, you may check out NordVPN. It has got great unblocking capabilities, incredible speed and is an ideal option for streaming.

How much speed does Mullvad offer?

As per a review of a user, his connection was perfectly loading on time even while the Mullvad VPN was working. This made him see what sort of speed results it yielded.

It is pretty normal to experience a little bit of loss of speed while using VPN and this is because of the time that it takes to encrypt or decrypt your data. The traffic has to travel a long way in order to reach out to your server.

Nevertheless, the drop in speed should not be noticeable when you use the premium VPN solutions. Users have reported that they were pretty satisfied with the connection speed of Mullvad VPN. Even though the data had to travel  through a long way, there was no noteworthy drop in speed.

Pricing and plans of Mullvad VPN

Mullvad will be able to lead the competition by providing you with the most affordable, reasonable and flat pricing model. When you open an account, it will cost you around $5.42.

There are no other pricing tiers, no free versions offered and no other upsells. You only have to pay one price, that of 5 Euros in a month. You can also pay for your Mullvad account with the major credit cards, Swish, PayPal and Bitcoin.

This VPN provider also lets you pay through bank wire transfer or you can also directly mail cash to the offices of the company that lie in Sweden.

These are few of the best options for a person who has concerns about the global credit system and the privacy. With TorGuard, you can also apply for prepaid gift cards from other companies like Starbucks.

Now that Mullvad VPN offers pretty cheap plans, the only thing that is cheaper than cheap is ‘free’. However, it is unfortunate to note that Mullvad doesn’t have any free version.

Mullvad boasts of a network of around 663 servers that are spread across 36 countries. This is much smaller as compared to NordVPN that has nearly 5200 servers. This software is available for Linux, Windows and Mac and it is also an open-source solution.

As you visit the website of Mullvad, you’ll see them spelling out the details that they store on the server. It doesn’t log anything and it actively monitors the total number of simultaneous connections per account.

Mullvad VPN has got a kill switch feature lets you block internet traffic in case the VPN suddenly fails. Users have tested this time and again by closing the connection by any means. It was seen that each time the software instantly noticed the issue and blocked the user’s internet connection till the VPN again reconnected.

On the 5th of June, 2020, Mullvad released results of its independent audit. The result was generally positive apart from few minor issues being detected.

Those issues were immediately addressed by the company. The good news about this company is that they’re joining the category of fully-audited VPNs like NordVPN or ExpressVPN. This also enhances the credibility of a secure VPN provider.

So, it can be concluded by saying that there are lots that you may like about Mullvad, especially the commitment of the company to safeguard your personal data. The company seems to have done everything that is within its reach to protect privacy and the anonymity of the users through its VPN.

As it is extremely trustworthy, you will feel much more confident while using its services. Mullvad VPN is an ideal choice for all those who want a VPN solution with solid basics.