Are you someone who is looking for a VPN only for the sake of online privacy? Or do you fall in the other category where you are addicted to Netflix and you want your VPN solution to help you in getting access to the popular streaming platforms without a fuss? TunnelBear is one such VPN provider that helps you maintain 100% security and privacy while browsing online. 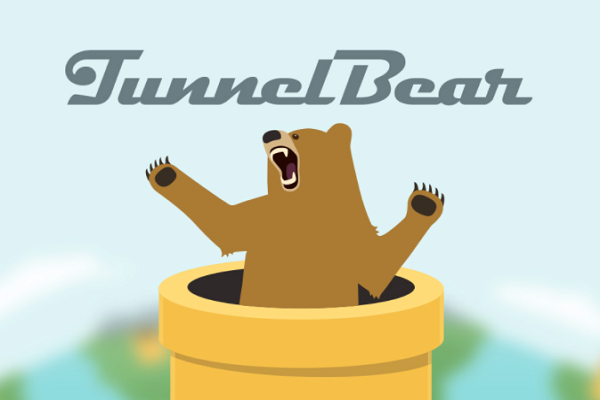 It was a company that was founded back in 2011 and it now boasts of having servers in more than 20 nations over the globe. While the company has already managed to establish its own brand image and also have millions of users, read on this quick review before trying it out.

Pros and Cons of TunnelBear – A quick glance

Before you drag ourselves into the details, we should quickly take a look at the main pros and cons of TunnelBear. Check them out.

TunnelBear – About the company

TunnelBear is a company that was founded in the year 2011 in Toronto, Canada. You must be wondering whether or not Canada is an ideal place to start your VPN company.

Canada has been one of the founding members of the international surveillance alliance, Five Eyes, which could force VPNs to deliver the data of the people to them.

Hence, this is not an ideal location for starting a VPN company but you shouldn’t give up on it. TunnelBear doesn’t have any logging policy and this means that they can’t reveal any data.

TunnelBear has servers that are spread over more than 24 countries all over the world. Internet speed is decided in accordance with your distance from the nearest located server. Unlike the other VPNs, TunnelBear will not reveal about the number of servers they have.

TunnelBear is a VPN solution that you can opt for as too many users and not adequately number of servers could mean an extremely slow internet connection. Let’s go through the features of TunnelBear through this review that we have compiled.

Basically, TunnelBear works by designing a VPN when you’re connected to the internet on your home connection or when you use WiFi in public.

This means that the Internet Security Provider will find you accessing the VPN servers and they won’t see the number of websites you’re going through. Your IP address will also remain hidden.

This is a really complicated question. VPNs have to log some amount of data for verifying payment, sending you mails and assisting your with customer care support. Apart from information like payment details, email address, and other details, TunnelBear collects.

Does TunnelBear offer a kill switch?

A kill switch can also be called a network lock feature and this app feature kills your internet connection as and when the VPN connection gets lost.

If you’ve been downloading a torrent or you’re a journalist who is working with copyrighted content, this feature will be a saviour. Without a kill switch, a sudden outage would expose your IP address. So, this VPN solution offers a kill switch called VigilantBear that can be used on Mac, Windows and Android.

What is split tunneling? This is a feature that let you route web traffic towards your ISP (Internet Service Provider) and some via an encrypted VPN tunnel.

This is a feature that would give you permission to watch Netflix through the same ISP without any hassle and while you’re browsing the web with the VPN at the same time. So, TunnelBear has split tunneling but they have this feature only on Android. They have named this feature as SplitBear.

Can you stream Netflix with TunnelBear?

There has always been a constant battle between VPNs and Netflix. It is very sad to note that Netflix has been able to win the game with TunnelBear as this VPN provider hasn’t been successful in unblocking Netflix.

After several tests that were performed in European Union and United States servers, TunnelBear does not work with Netflix.

As all the data is transported via the new and shiny VPN tunnel, you must be wondering about the extent of security of that tunnel. In case you’re not able to trust your VPN provider’s encryption, it is better to stick to the regular ISP.

Internet protocols tell you how data packets are sent via a network. The level of security that a VPN has will depend on the protocol that you choose.

TunnelBear utilizes IKEv2/OpenVPN on Windows, Open VPN on Android and MacOS and IPSec/IKEv2 protocols on iOS. You’ll be rather happy to know that all of these protocols are extremely secured by the infosec community.

Beyond being a VPN provider

The company has also recently launched a browser plug-in called Blocker. This helps in retaining the trademark bears and charm of TunnelBear and it is amazingly well-designed for Chrome plugin. TunnelBear also offers browser plugins for Firefox, Chrome and Opera and they play the role of proxies to reroute the traffic via a TunnelBear server.

Similarly, they also have a password manager called RememBear. This is free to use on a single device but you have to pay $36/year if you wish to sync across various devices.

Therefore, if you’re looking for a VPN solution with strong basics within your affordability, TunnelBear is definitely a worthy option.